An ambitious new project attempts to deliver Darjeeling’s tea, celebrating all its quirks and flavours, to your doorstep through the year

Despite the thunder, lightning and patchy phone connection, Sparsh Agarwal is undeterred. He bounces around his home at the Selim Hill tea estate in Darjeeling, recently renamed ‘Second Chance’ by his mother, in search of a better phone signal each time this interview is stalled by the storm.

It is this cheery resilience that could give Darjeeling’s celebrated, but now struggling, tea estates a second chance to shine. But first, an experiment, which begins with an annual subscription plan that launches tomorrow, needs to go according to plan.

“When Darjeeling tea is the pride of India, why are most of the 87 estates barely breaking even, some on the brink of collapse?” asks Sparsh, adding that the romance of this “champagne of teas” has drawn buyers from across the world, for two centuries.

Over the past decade, however, a declining export market, climate change and now the pandemic are threatening the survival of many of the estates, which in turn threatens all that is special about Darjeeling.

“My family has been in the tea garden business for four generations. Selim Hill tea garden, which was planted in 1871, has been under our stewardship for 30 years. Half of it is under forest cover, home to everything from hornbills to elephants,” says Sparsh. “We do not want to sell because we need to protect this ecology. But we needed to find a way to support the estate.”

After a year of field research, Sparsh, who was working with the Centre for Policy Research, and his business partner Ishaan Kanoria, an investment banker, decided to quit their jobs and launch Dorje Tea, an innovative and sustainable model that re-introduces Darjeeling tea, embracing all its quirks, to an Indian audience, instead of exporting it piecemeal.

Their mentor is the legendary Rajah Banerjee, whose family ran Makaibari tea estate for four generations before he recently moved on. A trailblazer, he created an organic oasis at Makaibari, inspiring other estates to follow suit, Rajah is a powerful influence in Darjeeling, and an ambassador for its tea.

“However it never focussed on the domestic market and is seen as unaffordable,” says Sparsh, explaining why: “There are four seasonal flushes. While the first and second, which are spring and summer, are sold at premium, there isn’t a market for monsoon and autumn flush teas — though each has a unique taste, aroma and liquoring, which is additionally influenced by terroir.”

Spring’s first flush has a light liquoring and delicate floral notes. The summer flush is deep amber, “like a newly minted copper coin,” says Sparsh, adding that intriguingly, it is enhanced by insects. “When thrips attack tea bushes, that triggers the aroma and muscatel flavour.”

The mahogany-coloured monsoon flush is full bodied with long, bold flavours. “We double roast it to an almost smoky flavour,” says Sparsh. “And the Autumn flush is a bright, flaming orange: Almost like a fire. This is a sophisticated flavour, floral and fragrant with hints of jasmine.” 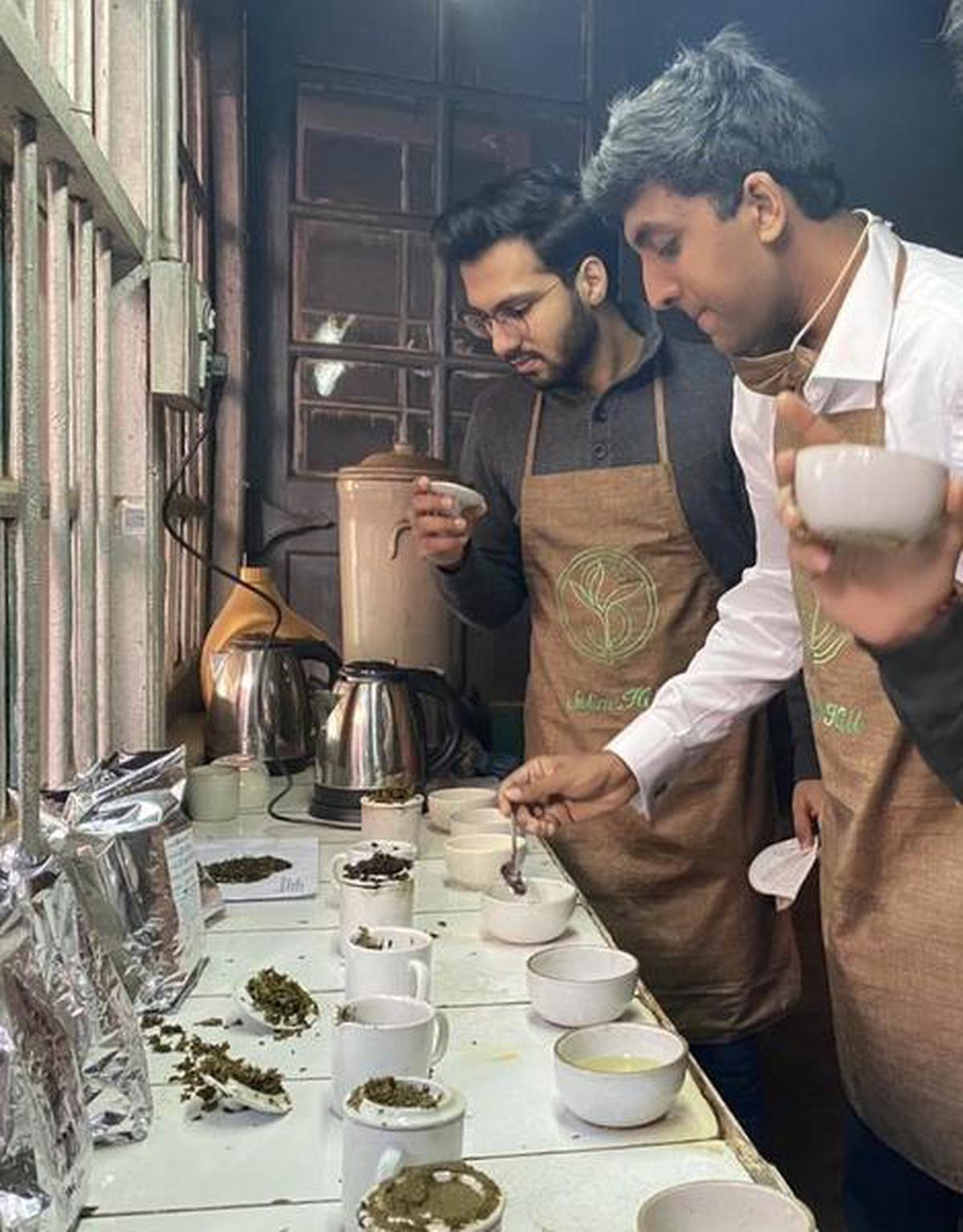 Popular in Europe, America and Britain particularly, the spring and summer flush get exported at heady prices, while the monsoon and autumn flush are undervalued.

Since the best tea is exported, and profits ride on sales of just the spring and summer flushes, often estates barely break even, says Sparsh. “The flush system is unique to Darjeeling and adds to the romance of our teas. Customers should be having all four. The biggest mistake is thinking there is a hierarchy.”

There is another catch. “International clients want the whole leaf grade, so the tea is machine sorted. For one kilo of tea, only 30% is whole leaf, which means that the rest sells at a loss,” says Sparsh. “But, in the inconsistencies lie the charm of the product.”

Stating that he is fundamentally against the export market, which buys relatively small quantities, and “destroys the harvest for rest of the year,” Sparsh says Dorje will be reaching out to Indian buyers with a subscription plan.

“For an annual subscription of ₹2,100 per kg, we will send tea from each flush to customers through the year.” Since all flushes will be equally celebrated, without being wastefully broken up and graded, pricing is competitive, enabling customers to drink this champagne of teas everyday.

“We want to create a model that can be replicated by the other estates here. There are plenty of customers in India for all of Darjeeling’s tea,” says Sparsh, adding “Right now, every tea estate barring a handful, had been brought to its knees by the pandemic.”

Sparsh and his family are launching the Selim Hill Collective, helmed by Rajah Banerjee, to focus on the non-commercial rejuvenation of the tea garden, starting with a reforestation campaign.

“Even as we work on getting the commercial part right, we want to focus on community welfare and wild life conservation,” says Sparsh, adding, “Within this crisis, there is opportunity.”