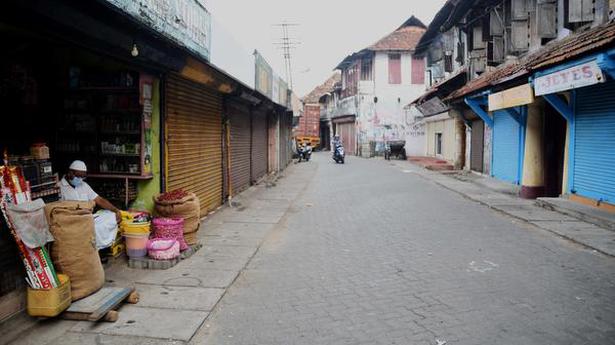 After a dip in testing over the past two days, tests increased to 18,439 samples collected on Tuesday.

Of the people recovering from the infection, 368 are admitted in ICUs. As many as 45,839 people are recovering at home, and 2,196 are recovering at private hospitals. At the Government Medical College Hospital, 192 patients are admitted, while 69 are recuperating at PVS Hospital and 67 at the Aluva District Hospital. A total of 11 government hospitals are treating COVID patients. At FLTCs, 33 people are recovering, while 440 patients are at SLTCs. Of the tests done on Tuesday, 7,620 were RT-PCR tests. So far, the district has recorded 2,06,488 cases of the infection. As many as 503 people have succumbed to it, going by officially confirmed figures.

Harbour to be closed

The Munambam harbour will be closed due to the increasing number of cases in the Pallipuram panchayat area. Manjapra and Palakuzha panchayats will also be closed off completely to contain the spread of COVID-19.