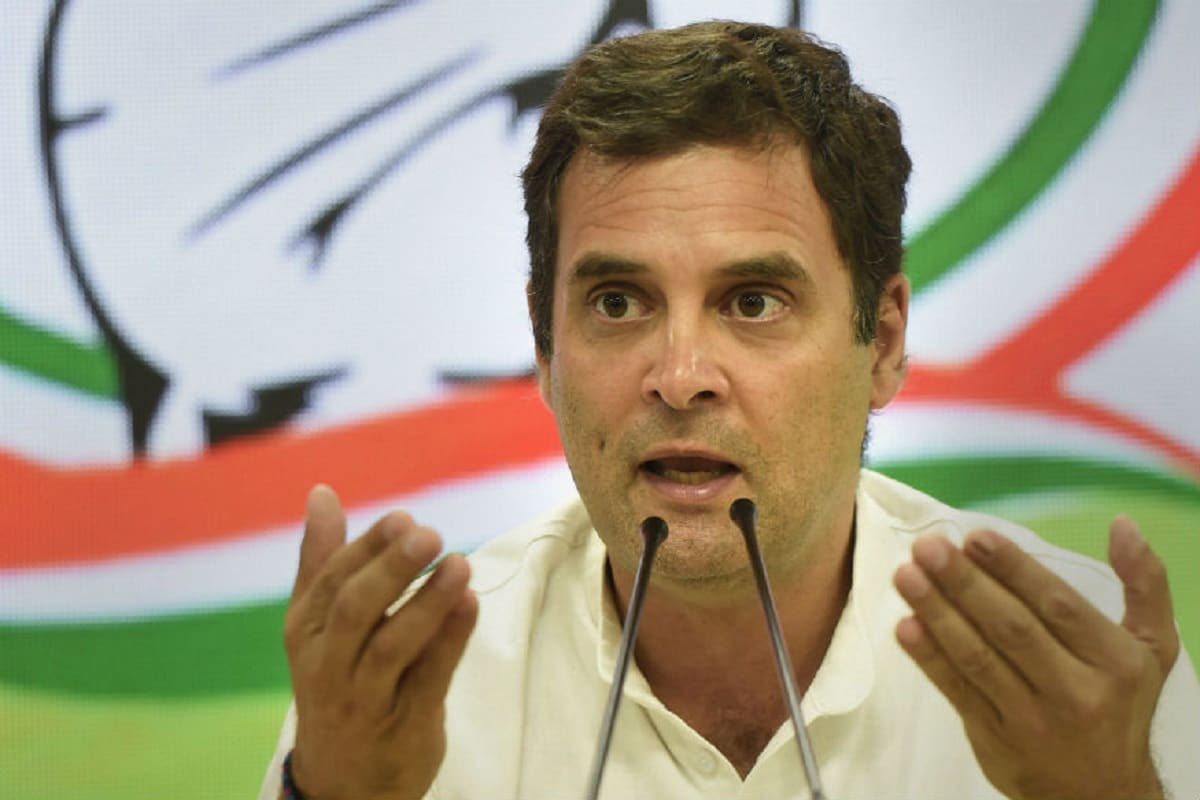 Hours after being attacked by BJP for showing “selective outrage” in wake of alleged rape and killing of a six-year-old girl in Punjab’s Hoshiarpur and going on a “political tour” to Uttar Pradesh’s Hathras, Congress leader Rahul Gandhi on Saturday said the governments of Punjab and Rajasthan have not denied that the girl was raped and neither they threatened the family or blocked the course of justice.

Taking to Twitter, Gandhi said, “Unlike in UP, the governments of Punjab and Rajasthan are NOT denying that the girl was raped, threatening her family and blocking the course of justice. If they do, I will go there to fight for justice.”

Unlike in UP, the governments of Punjab and Rajasthan are NOT denying that the girl was raped, threatening her family and blocking the course of justice. If they do, I will go there to fight for justice. #Hathras

Meanwhile, the Congress party has released a fact sheet to show the difference between Punjab’s Hoshiarpur and Uttar Pradesh’s Hathras rape and murder cases. Have a look: This counter attack by the Congress came hours after the BJP asked party leaders Rahul Gandhi and Priyanka Gandhi Vadra why had they not paid a visit to the family of the victim yet in Hoshiarpur.

Union Minister and BJP leader Prakash Javadekar accused Rahul Gandhi and his sister Priyanka Gandhi of going on a “political tour” to Hathras, where a Dalit girl was allegedly gang-raped and who died later, as he questioned the lack of a similar reaction from the two leaders to crimes against women in Congress ruled states such as Punjab and Rajasthan.

They go to these places for “photo-op”, Javadekar said, referring to the Congress leaders’ visit to Hathras in the BJP-ruled Uttar Pradesh. “A six-year-old girl coming from a Dalit migrant family from Bihar was raped and murdered in Punjab’s Tanda. Former Union minister Vijay Sampla from our party met the family. Nobody from the Congress met them.”

“They (the Gandhis) cannot see atrocities against women in the states where it (Congress) is in power. Neither Rahul Gandhi nor Priyanka went there and nor was there any comment from its president, Sonia Gandhi,” Javadekar told reporters in New Delhi.

Another Union Minister and senior BJP leader Nirmala Sitharaman also lashed out at the Gandhis. “A 6-year-old child of a Dalit migrant labourer from Bihar is raped, killed and body half-burnt in Hoshiarpur (Punjab) and it doesn’t shake the conscience of the brother and sister who rush to every other place which can help them politically,” she said.

The six-year-old girl was allegedly raped, killed and then set on fire, with her half-burnt body found at a home in Tanda’s Jalalpur village, police said on Thursday.

The accused, Gurpreet Singh and his grandfather Surjit Singh, have been arrested on the charges of murder, rape and under other relevant sections of the Indian Penal Code (IPC) and the Protection of Children from Sexual Offences (POCSO) Act, they said.