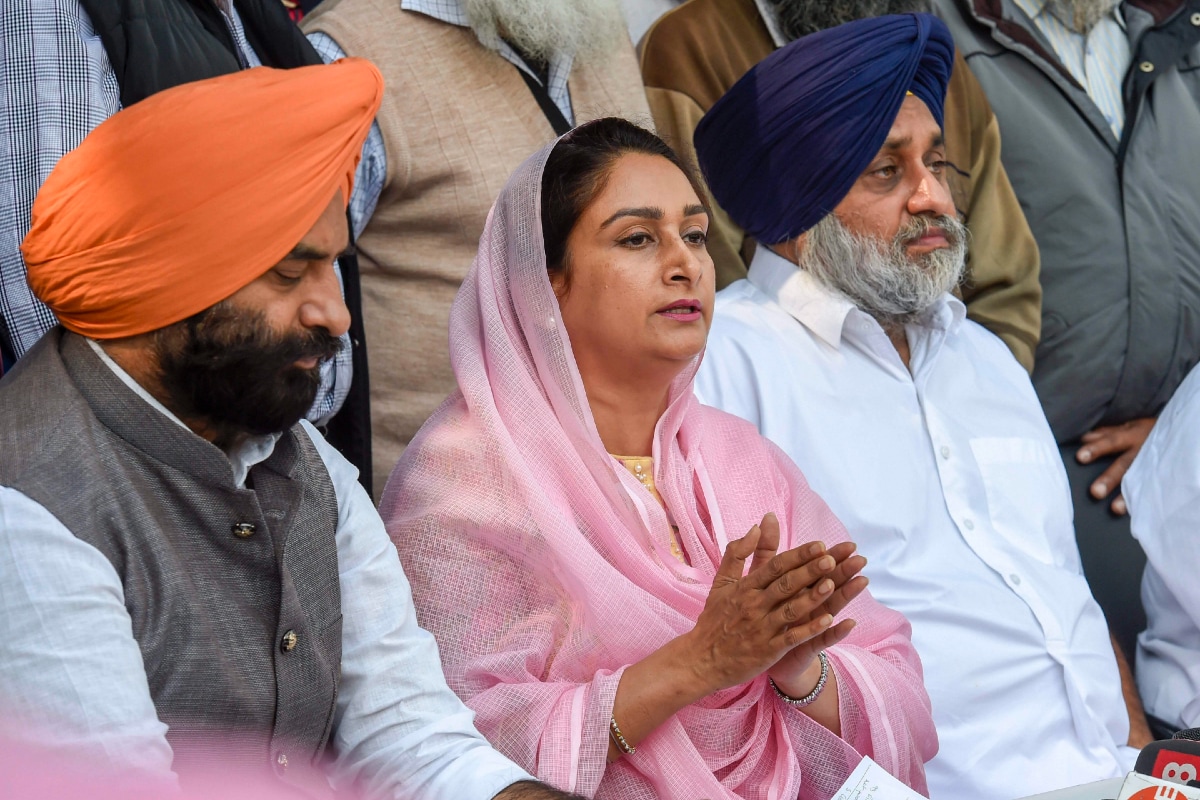 It was, however, not for the first time that the two allies had differed on several issues, including various legislations. On the Citizenship Amendment Act, the SAD had last year said the Act should not specify any particular religion and the right to acquire citizenship should be given to refugees of all religions.

The Shiromani Akali Dal quit the National Democratic Alliance (NDA) over farm bills, but strains in relations between the two oldest allies had begun surfacing for over a year. SAD chief Sukhbir Singh Badal announced the decision to snap ties with the NDA on Saturday night amid the stepped up farmer agitation in Punjab over the three farm legislations which were recently passed by Parliament. It was, however, not for the first time that the two allies had differed on several issues, including various legislations. On the Citizenship Amendment Act, the SAD had last year said the Act should not specify any particular religion and the right to acquire citizenship should be given to refugees of all religions.

Though the party had voted in favour of the contentious law in Parliament last year, it had maintained that it was against keeping out any religious community from the law’s purview. The SAD’s core committee had then reiterated that it supports the CAA to the extent that it protects the interests of the Sikh community but wanted the legislation to widen its ambit to include Muslims as well.


Later, in first signs that all was not well between the two allies, the SAD opted out of contesting this year’s Delhi assembly polls. The SAD had then announced that it would not contest the polls after it was asked by the Bharatiya Janata Party to change its stand on the contentious CAA.

Senior SAD leaders Daljit Singh Cheema and Manjinder Singh Sirsa had then said the party wanted to contest the elections in alliance with the BJP but were left with only two options — either to reconsider the stance over the amended Citizenship Act or decide against contesting the polls. A year ago, differences between SAD and BJP surfaced when SAD’s lone MLA from Kalanwali in Haryana, Balkaur Singh joined the BJP just weeks before the October 2019 Haryana polls.

SAD chief Sukhbir Singh Badal had then lashed out at the BJP for inducting its lone sitting MLA in Haryana into its fold, saying what the saffron party has done is “unethical and unfortunate”. Barely days after SAD decided against contesting the Delhi assembly polls on the grounds cited by it, many senior saffron leaders started raising pitch that the BJP workers have a dream of having their government in Punjab.

Former Pathankot MLA Ashwani Sharma, meanwhile, was appointed as the Punjab BJP president in January. Senior BJP leader and former minister Manoranjan Kalia had said in January that every party worker has a dream of having a BJP government in Punjab, while another party leader Madan Mohan Mittal pitched for contesting 50 per cent seats in the 2022 assembly polls.

During parliamentary elections, the SAD fights on 10 seats and the BJP on three. SAD’s alliance with the NDA dated back to 1997. Akali stalwart and former chief minister, Parkash Singh Badal used to describe ties with the BJP as ‘nau-mass da rishta’ (ties like nail and flesh).

Badal senior had over the years held that ties with the BJP were everlasting and essential for the peace and communal harmony in the state. Senior Punjab BJP leader Manoranjan Kalia told .