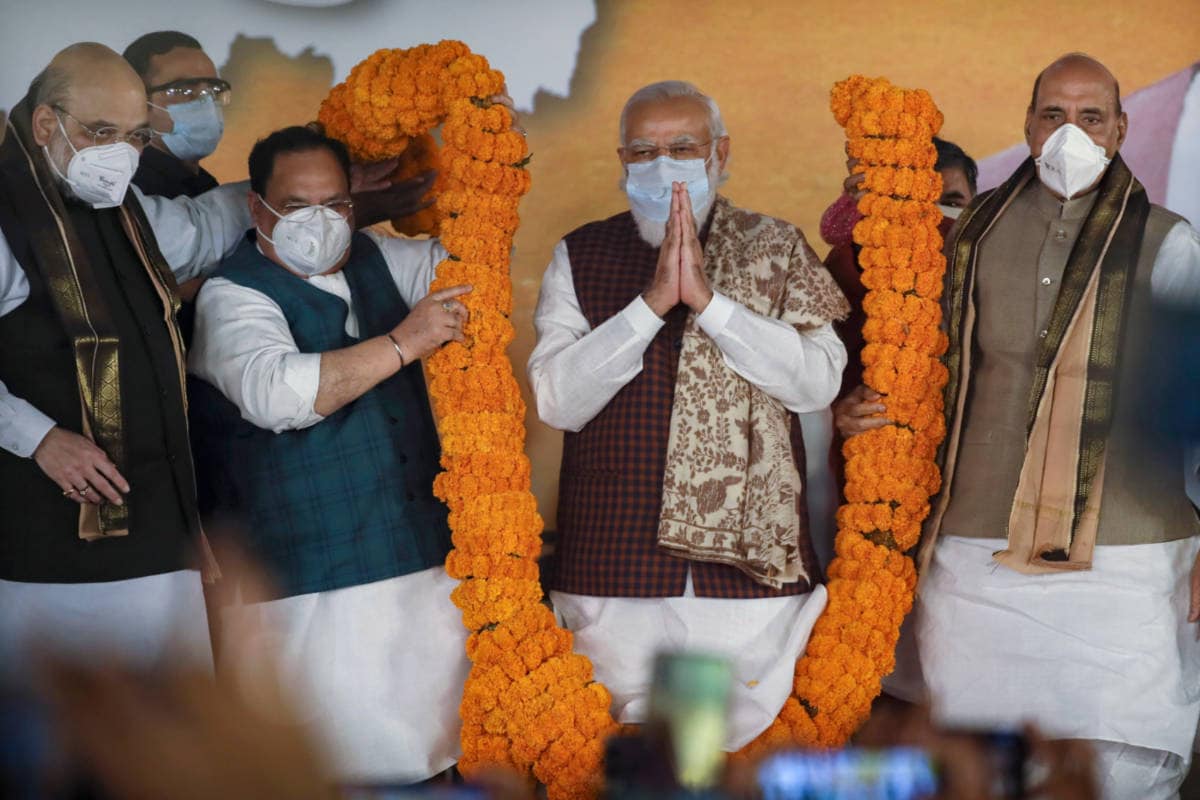 While penning an obituary for Arvind N Das, one of the best-known modern day intellectuals from Bihar, his mentor Dileep Padgaonkar wrote in 2000: “In his eyes, Bihar was a metaphor for India itself. At a pinch, he would have deemed it to be the very centre of the universe. While he loathed its venal, caste-ridden, ineffective governance, the violent nature of its society, its decrepit intellectual and cultural life and the slothful ways of its elite, he never missed an opportunity to recall its rich cultural and spiritual legacy, the noble character of its long-suffering people and the revolutionary potential of its youth.”

A social scientist, Das’ collection of seminal essays were published as book titled Republic of Bihar.

Modi and Das come from diametrically opposite ideologies, but still there is something in the nation’s politically most complex state that it invites such admiration.

Those analysing poll results should take a cue from Das’ dictum of Bihar being a metaphor for India. This election has given everybody their due. While it has given more seats to stability, it has also given a big pat to novelty. While it has given thumbs up to espousers of Marxian theorems, it’s the right of the centre which has emerged the final winner. In short, voters have risen and vote banks have shrunk.

The NDA has won, and one factor which has contributed most is the political momentum which Prime Minister Narendra Modi provided to the party. To use a metaphor from cricket, BJP strategists realise that Bihar happened because Narendra Modi batted for them in the death overs. While this may be a cause for great confidence but it’s similar to the scenario where Sunil Gavaskar would turn up for Bombay to ensure victory in Ranji Trophy. So, the first takeaway from the result is that Modi’s push saw NDA cross the Rubicon in the politically sensitive state.

Now, the second — return of the Left. As predicted, the CPI (Maoist-Leninist) Liberation emerged as the X-factor in the polls. Contesting for the first time as part of an alliance, consequent to their leader Deepankar Bhattacharya’s decision to end radical isolation and follow pragmatic politics, CPI(ML) has given an indication about its presence across the state, especially in the rural areas. The seats won by them show a clear trend of bipolar contest with big vote shares.

They was won in many constituencies trouncing their closest rival by huge margins and snatching some close contests. Winning 12 out of the 19 seats they contested, the strike rate of CPI(ML) in these polls is 63 percent, that is next only to the BJP.

Given their performance, there cannot be any doubt about CPI(ML) cadre contributing to the impressive margin which the Rashtriya Janata Dal (RJD)-led Mahagathbandhan managed to notch – 110 against 125 scored by NDA.

This brings us to another interesting fact, which has largely been overlooked – failure of the Rashtriya Janata Dal to evolve into a non-caste entity despite best efforts by its leadership. Taking into account the number of seats contested and won, the RJD, despite emerging as the largest party in the state, managed an average strike rate of 52 percent. Not to forget that it was the dominant partner of the Mahagathbandhan alliance and not equal partner with Congress or the Left, as in the case of BJP-JD(U) in the rival NDA.

In the case of the NDA, it was BJP’s high strike rate of 67 percent which compensated for the JD(U)’s low strike rate of 35 percent. This raises the possibility of greater success had the RJD ceded some more seats from its quota to the Left rather than the Congress being blamed for not doing it. The social composition of the CPI(ML) voters overlaps with RJD and not the Congress.

The aforementioned facts also indicate the limitations of the regional parties, which are largely deficit of ideology and mostly dependent on caste composition, in countering pan-India agenda of the BJP. RJD’s Tejashwi Yadav understood this shortfall and tried best to keep the poll narrative local, refusing to engage on issues which could have led to polarization on the communal issues. But his ‘novelty’ didn’t possess much potency to demolish the stability which the NDA has been providing to the state.

Coming back to Arvind N Das’ idea of Bihar being a metaphor for India, what is the message for regional parties across the spectrum? The first and foremost, BJP-led alliance is now managing to win despite its failure to polarize voters on communal lines. This adds strength to their arsenal. Second, the days of post-Mandal caste politics are almost over. This bears significance for regional parties in West Bengal and Uttar Pradesh as well. To counter a Modi-led BJP, they would have to devise a strategy which would compensate for the growing irrelevance of caste and community-based vote bank politics.

The writer is a senior journalist and political analyst. Views expressed are personal