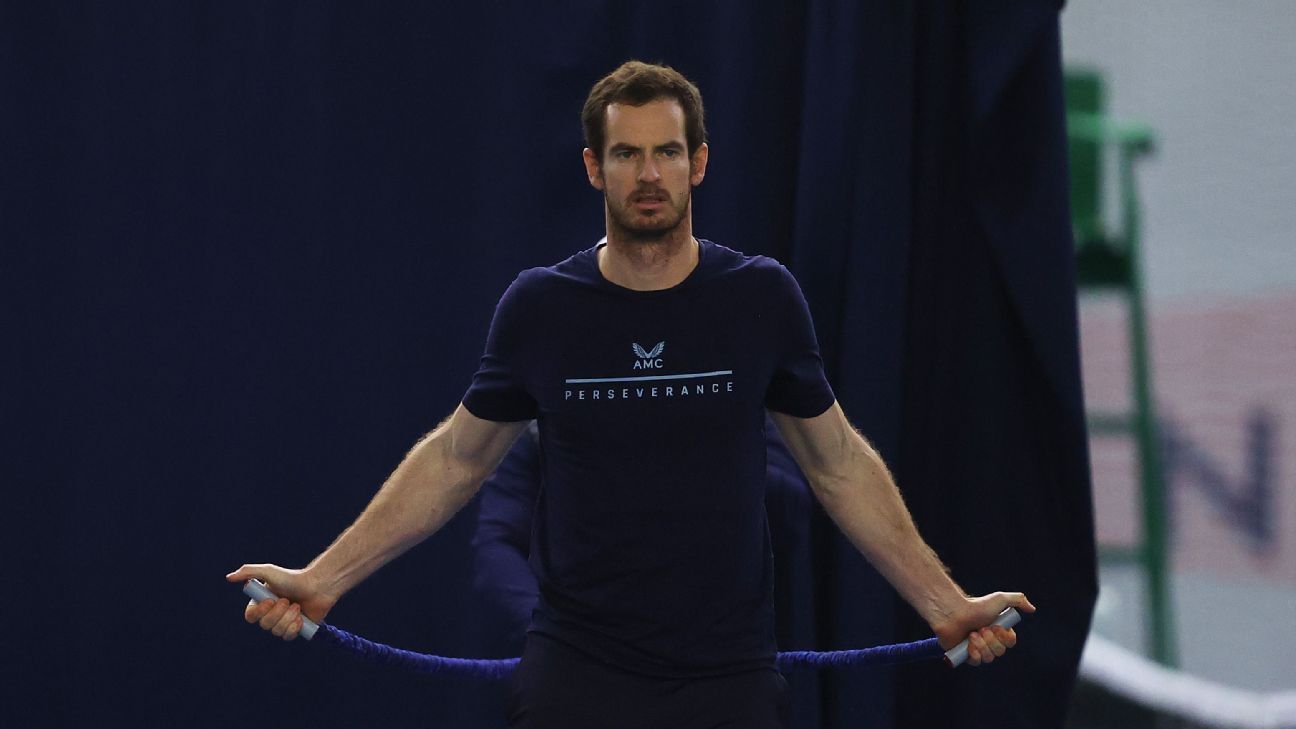 Former world No. 1 Andy Murray has tested positive for COVID-19, STV said on Thursday, adding that he is still in good health.

The Scottish broadcaster said Murray was self-isolating and still had hopes of competing in the Australian Open next month.

However, that could prove difficult with players and officials required to arrive in Australia during a 36-hour window from Thursday and needing to serve a mandatory isolation of 14 days.

The players, who will be allowed to spend five hours outside their rooms during quarantine for training purposes, will then play warm-up events at Melbourne Park from Jan. 31 before the Australian Open starts on Feb. 8.

Organisers Tennis Australia were not immediately available to comment.

American Tennys Sandgren got special permission to board a chartered flight from Los Angeles bound for the Australian Open on Wednesday despite testing positive for COVID-19 earlier in the week having previously tested positive in late November.

A spokesperson for COVID-19 Quarantine Victoria said it was common among people who had previously tested positive to “shed viral fragments for some time — which can trigger another positive result.”

Murray, who is ranked 123rd in the world, pulled out of the season-opening Delray Beach Open in Florida earlier this month to reduce the risk of contracting COVID-19.

He had hip resurfacing surgery in early 2019 but made his comeback to win the Antwerp title nine months later.

He missed most of the 2020 season due to complications with his hip and struggled for form on his return after the COVID-19 hiatus, suffering a second-round defeat in the U.S. Open before falling in the opening round at Roland Garros.