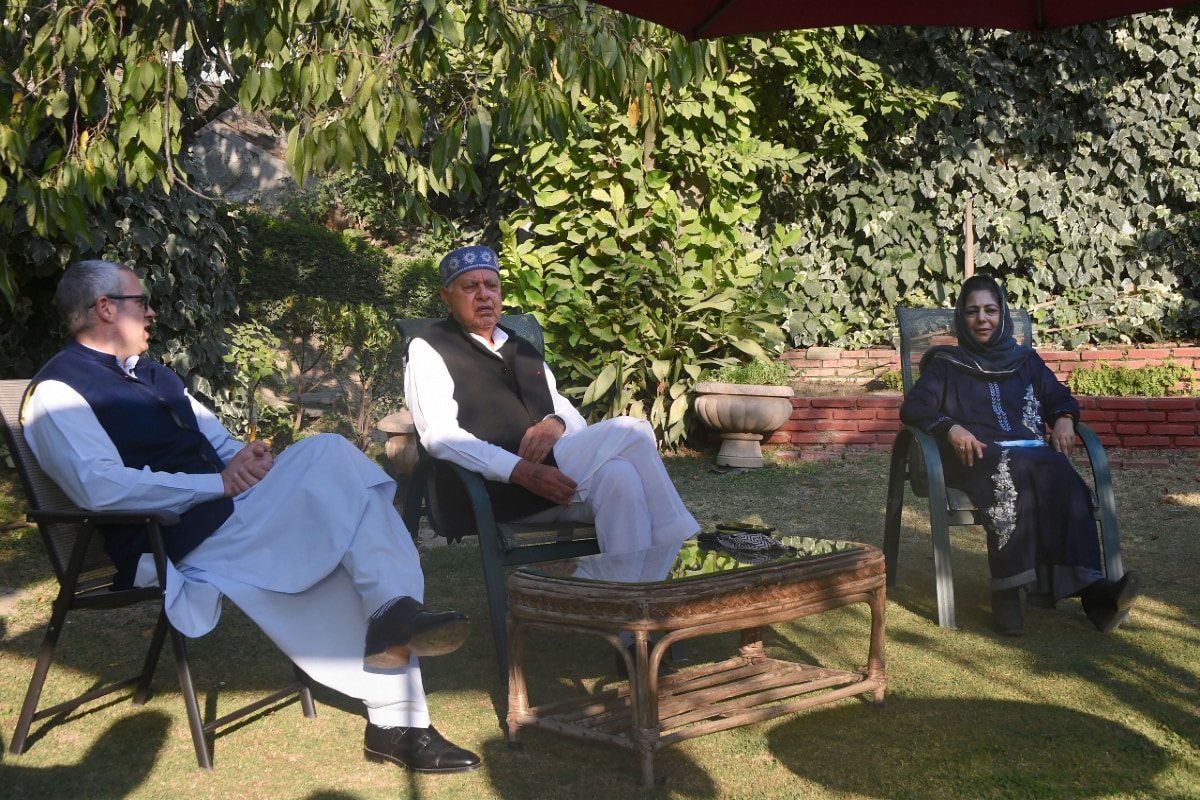 The Congress in Jammu and Kashmir refused to be drawn into a controversy over whether it is a part of newly-formed Gupkar Alliance after opposition Bharatiya Janata Party accused it of joining a group of ‘anti-nationals’.

The BJP on Monday raised the heat on Congress hours after the Gupkar Alliance released names of the joint candidates for the upcoming District Development Council (DDC) polls. The candidates were drawn from Congress and other six parties, which are part of the Alliance and its fight for restoring Article 370. The eight phase DDC polls for 280 seats begin from November 28, results of which will be declared in December.

JK Congress chief Ghulam Ahmad Mir told News18 that his party has entered into an electoral alliance with the Gupkar Alliance and they are yet to decide whether they have joined it completely.

“We have a seat sharing agreement with the Gupkar Alliance. We haven’t held talks on the agenda. We did not get any time as the elections were announced all of a sudden,” he said, adding, “those conversations haven’t happened yet.”

The Congress had earlier skipped meetings of the Alliance and even named “own” candidates for the first phase of polls. However, for the second phase, former J&K chief minister and Alliance chairman Dr Farooq Abdullah cleared the names of the contestants.

Sources said the J&K Congress was initially not keen on forging any pre-poll alliance with Gupkar group sensing it would hurt the party’s electoral prospects in Jammu, region where the BJP has a formidable presence and represents both Lok Sabha seats. The Jammu based-leaders were getting uncomfortable with the Gupkar agenda and utterances of Kashmir’s senior politicians. The feedback given by these leaders was not to have any poll truck with Gupkar Alliance even though there was unanimity on the demand for statehood and protection of land and jobs rights for local residents.

However, following an intervention from a senior Congress leader of Jammu and Kashmir, Mir met Abdullah on last Sunday. He was persuaded to fight polls jointly with the Gupkar Alliance. Most of the Kashmiri Congress leaders favoured the unity moves, citing they cannot afford to ignore the sentiment on the ground.

Next day, Abdullah emphatically told mediamen in Jammu that Congress was a part of the Alliance though Congress refused to elaborate. Mir, to this day, is avoiding to be drawn into the issue. Many Congress leaders remained tight-lipped till Abdullah released the list of the joint candidates on Sunday.

Congress’ Jammu-based leaders admit even the decision of being part of the pre-poll alliance has badly hurt their chances of winning elections.

“I have decided not to contest polls anymore from my constituency because the electoral truck has spoiled my chances of winning,” he said, adding this is true of bulk of seats in Jammu.

These leaders say privately that joining hands with a conglomerate whose principled stand is to reinstate Article 370 does not have the approval of the Hindu belt of Jammu.

“It may be a great idea and fetch votes in Kashmir but carrying such a plank to Jammu can in fact be disastrous. All of a sudden we are on a weak wicket inspite of having gained so much in last one year,” he said.

The leaders say they are finding support for the early restoration of statehood of J&K and even they have been successful in tapping sentiment of youth in seeking safeguards for land and jobs for locals but very few support the restoration of Article 370. In Jammu, it is a sensitive issue. “In many areas where we are contesting, demanding Article 370 back is like shooting your own foot; it is non-negotiable,” he said.

The Congress believes the Gupkar politicians have given enough ammunition to BJP to fire salvos at them. They are referring to the remarks made by Abdullah and People’s Democratic Party president Mehbooba Mufti . “We can gain some lost ground if the two retract or recall their statements,” said another leader.

While Abdullah had sought China’s help to restore Article 370, Mufti said she will not hold tricolour unless the flag of erstwhile state was recalled. Both tweaked their statements during their last week’s visit to Jammu after BJP described them ‘anti-nationals’. Abdullah clarified saying he can be anti-BJP but not anti-national and Mufti sounded mellow stating she will carry tricolour in one hand and J&K flag in another if Article 370 will be restored in a bid to placate the Jammu population.

But the damage was done. Three senior PDP leaders had earlier resigned from the party citing her ‘objectionable’ tiranga comment. The PDP office in Gandhi Nagar was vandalised and her effigy burnt by BJP supporters. In Jammu, Bhim Singh, a senior-most politician and founder of Jammu and Kashmir Panther’s Party, was ousted from the party after he went to meet Abdullah. His nephew and party chief Harshdev Singh did not want his party to suffer in the polls and hence sacrificed the senior politician.

Also, trying to avoid damage to their poll campaigns are over cautious NC leaders in Jammu. They are hoping senior Abdullah does not court any controversy like the ‘China’ remarks.

“The China and tiranga comments have done enough damage already,” said the Congress leader. He is unsure if the Gupkar truck will last for long.