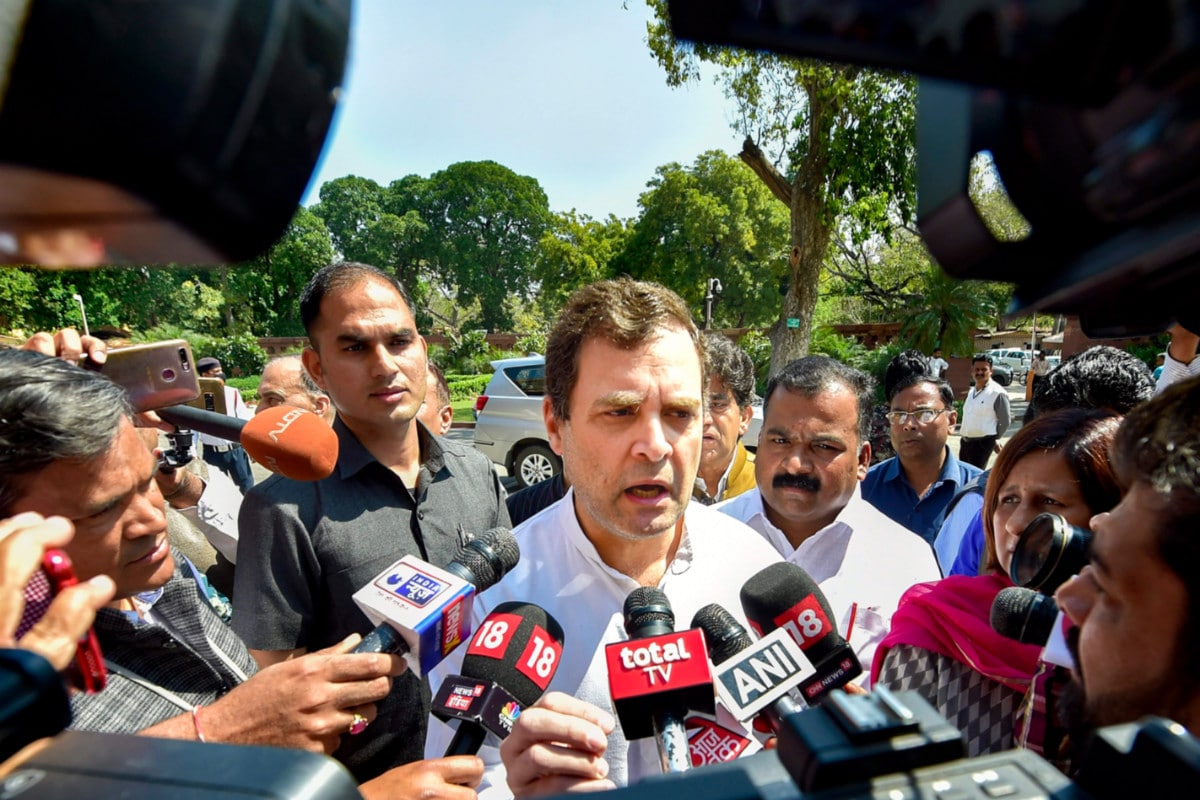 Kappan’s wife Raihanath presented a memorandum to Gandhi, the Lok Sabha MP from Wayanad in Kerala, demanding ‘justice’ for him.

The BJP on Wednesday alleged that the Congress stands with “anti-national” forces after the wife of Siddique Kappan, a Kerala journalist arrested by the UP Police on terror charges when he was on his way to Hathras, met Rahul Gandhi in Kerala. Kappan’s wife Raihanath presented a memorandum to Gandhi, the Lok Sabha MP from Wayanad in Kerala, demanding “justice” for him.

BJP spokesperson Gaurav Bhatia said the accused is a member of the Popular Front of India (PFI), which he claimed practices communal politics, and was travelling to Hathras to “vitiate” the atmosphere in the state following the alleged gangrape and murder of a Dalit girl. Kappan intended to help the PFI and the Congress politically, Bhatia said, noting that the court has denied him bail due to serious charges against him. He also alleged that the PFI was involved in providing funds for the Delhi riots. “Will this not be apt to say that the Congress stands with anti-national forces. It is with those who want instability in the country… The Congress has become synonymous with anti-national forces,” Bhatia alleged.

He said the Congress should come clean on the talks Gandhi had with Kappan’s family members. The opposition’s job is to criticise the government, offer suggestions and hold protests but not to weaken the country, he said.

Citing the Congress’ support for restoration of Article 370 of the Constitution that gives special status to Jammu and Kashmir, he hit out at the opposition party. Kappan and three others were arrested in Mathura while they were on their way to Hathras earlier this month.