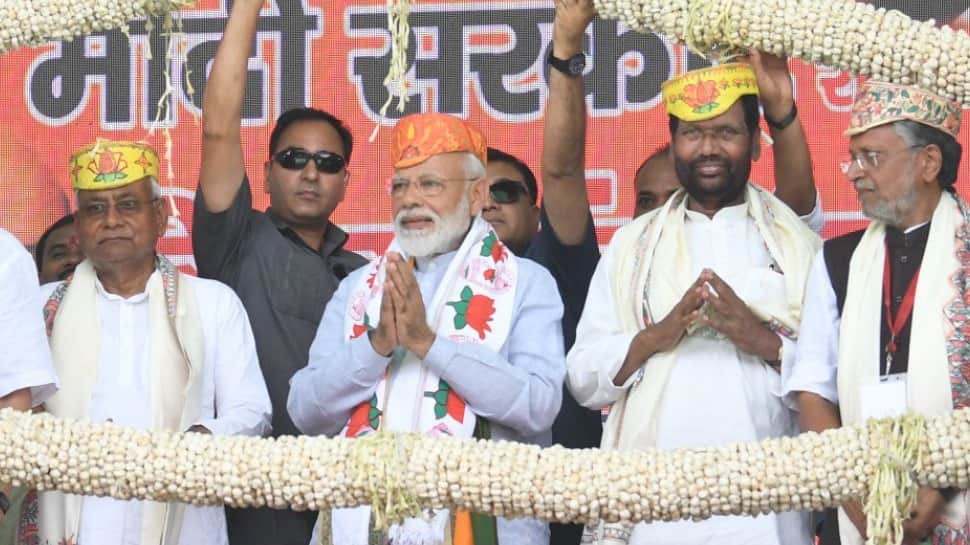 New Delhi: As the last date of making a nomination for the Phase-I of the general election to the Legislative Assembly of Bihar – 2020 nears, the suspense over the seat sharing in the state’s ruling alliance continues.

The Grand Alliance has already resolved the issue of seat sharing and has announced that the RJD will contest on 144 seats out of 243 seats, the Congress will contest from 70 seats, while the remaining seats have been given to CPI(ML) (19), CPI (6) and the CPI(M) (4).

However, the ruling alliance still has to decide its course of action.

Prime Minister Narendra Modi attended the BJP’s Central Election Committee (CEC) meeting for the Bihar Assembly election at the party headquarters in the national capital on Sunday (October 4, 2020) following the announcement from the Chirag Paswan-headed Lok Janshakti Party (LJP) that they are going to contest the elections solo.

Although no major details were put out by the BJP contingent after the meeting that concluded around 10 PM, it’s speculated that the seat sharing announcement is likely to be made on Monday.

In pics: Probable faces that may pose a threat to CM Nitish Kumar in Bihar Assembly elections 2020

The tension for BJP has grown as the LJP stated that they will not contest the upcoming elections in alliance with JDU due to ideological differences.

According to the Patna-based LJP leader, the party has the strength to get 6 to 12 per cent votes, which could spoil the game for JD(U). “After assembly elections in Bihar, Lok Janshakti Party (LJP) and BJP will form govt in Bihar, following the path of development led by our Prime Minister Narendra Modi,” the party said in a statement.

In an hour-long LJP parliamentary board meeting held on Sunday afternoon, the party passed a resolution in favour of an alliance with the BJP and said its MLAs would work to strengthen the hands of Prime Minister Narendra Modi.

On the other hand, sources say that the JD(U) will contest on 124 seats, whereas BJP will fight on 119 seats. The Hindustani Awam Morcha (HAM) of former Bihar Chief Minister Jitan Ram Manjhi will be accommodated seats from the JD(U) quota.

Meanwhile, the CPI has declared the names of the candidates for six Assembly constituencies that the party was given under the seat-sharing arrangement of the Grand Alliance. As per the ANI news agency, the CPI will contest on the Bakhri, Teghra, Bachhwara, Harlakhi, Jhanjharpur and Rupauli seats.

The schedule for holding the General Election to the State Legislative Assembly of Bihar 2020 was announced on September 25, 2020, and the poll is scheduled to be held in three phases in the state on October 28, November 3 and November 7. The votes will be counted on November 10.