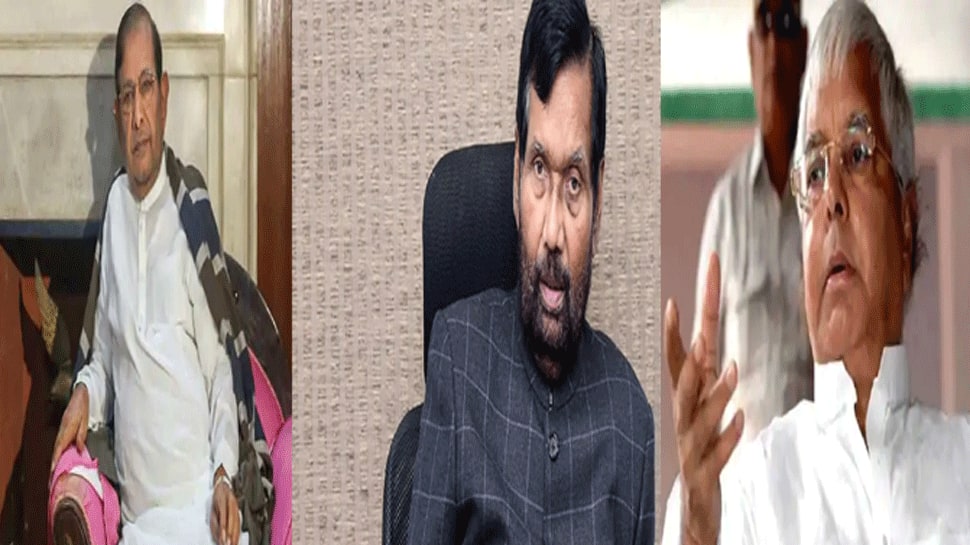 New Delhi/Patna: Tuesday could be a historic day if the Bihar election results are as predicted in the exit polls which mostly indicate that the opposition Grand Alliance may have an edge over the incumbent NDA.

This is probably the first election since 1970 which concluded without three stalwarts – Lalu Prasad, Sharad Yadav and Ram Vilas Paswan. Paswan passed away during the election due to prolonged illness while Sharad Yadav is also unwell and Lalu Prasad is in jail due to the fodder scam.

Lalu and his wife have been Chief Ministers of the state for 15 years and Paswan and Sharad Yadav have been central ministers in many governments.

The three started their political careers simultaneously and have been in limelight always and helm of politics in the state. While the children of all three leaders have charted new routes. Tejashwi Yadav in the absence of his father Lalu Prasad, spearheaded the RJD compaign in the state and if things go as predicted he may be Chief Minister of the state as he is being addressed as “Bhavi Mukhyamantri”.

Chirag Paswan has also charted a new route and is testing waters in the elections and challenged Nitish Kumar though he is still with the NDA but his LJP fought separately in the absence of his father his political strategy may pay dividends in the future.

Sharad Yadav`s daughter Subhashini has joined Congress just ahead of election and in her first plunge into politics she is contesting from Bihariganj in Madhepura.

Some exit polls on Saturday predicted a thumping victory for the Mahagathbandhan (Grand Alliance) comprising Rashtriya Janata Dal, the Congress and the Left parties, dislodging the Nitish Kumar-led NDA government with more than two-thirds majority in the 243-member Bihar Assembly.

According to the CNN News 18-Today`s Chanakya and the India Today-Axis My India exit poll predictions, the Mahagathbandhan is set to dislodge the NDA government with a clear majority.

The CNN News 18-Today`s Chanakya predicted that the Grand Alliance is likely to win 180 out of 243 seats while the NDA may get 55 seats.

The majority mark in Bihar Assembly is 122.